I’ve just hacked my way through all ten hours plus of Making a Murderer season 2 on Netflix and, a few revelations in the closing episodes apart, it was pretty tough going. There is nothing at all wrong (and plenty that is right) about making a programme or series about an injustice which is not corrected, or of exploring its effects on the families involved – such things can make for compelling documentary making, but there is a craft involved and simply throwing everything you can onto the screen isn’t it. Perhaps the makers were stung by criticisms of having left a few key elements out of the original and were determined not to be caught out again, but, if so, they go way, way too far. The main subject of the series is the law’s delay (remembering that “the law’s delay” was one of Hamlet’s favourite reasons “not to be”) and we are certainly made to experience it first-hand.

But how did we get to this situation? I think there have been a number of developments in documentary making which have made the excessive nature of Making a Murderer 2 pretty much inevitable. The 1970s and 80s saw a fundamental shift, traceable in the two previous decades, away from the cinematic documentary and towards television, which became the production powerhouse for the form and the place where innovative work was made. The standard length for a TV documentary, exemplified in Britain by strands like Tuesday’s Documentary, Omnibus or Horizon, was 50 minutes, but the BBC’s influential series 40 Minutes (1981-94) was based on the notion that the titular

timeframe was the ideal length for the sort of observational pieces it featured. At the same time, subjects requiring lengthier treatment, such as the history of western civilisation or World War II, were organised into series, while investigative work was the province of current affairs programming or special strands like Pilger (ITV). Lengthier single documentaries tended to remain the province of the cinema, and of master film makers like Fred Wiseman or Marcel Ophuls, but they were rare, while Werner Herzog and his American protégé Errol Morris kept the shorter cinematic non-fiction form alive.

The craft of documentary making included the conveying of complex realities in as economic a way as possible and of choosing illustrative shots to express inner emotions or states of mind (the idea of “a picture telling a thousand words”). The good documentary maker was the one who managed to interpret the real world on our behalf by filming key moments and editing them together to make an effective story, whether a point of view was being expressed or not. As it happened, economy of scale was also what the companies who employed the documentary makers were looking for – film stock was expensive (and most documentaries were made on film until the 1990s), so the best film makers from the broadcaster’s financial viewpoint were those whose shooting ratios were low.

Several factors then changed the documentary landscape. The turn of the century saw a revival in the feature length documentary for the cinema, coinciding with the introduction of widescreen televisions, and the convergence of these two strands led to the production of a large number of prestige feature-length documentaries, many of them international co-productions, which premiered theatrically at festivals and then screened on TV in strands like HBO Documentaries, Independent Lens on PBS, Storyville on the BBC and True Stories on Channel 4. Though 90 minutes was the standard length, some ran to two hours or sometimes (much) more and, while many justified extended durations through the quality of their material and their construction (Spike Lee’s documentaries on the Katrina disaster spring to mind), too many overstayed 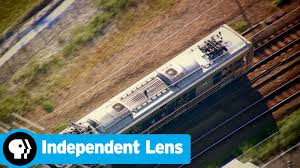 their welcome and stretched their material beyond its optimum timeframe. Far too few displayed the kind of economy which had previously been seen as a virtue – one of my favourite documentaries of recent years was Kyoko Miyake’s 2014 production Brakeless, which considered all aspects of a disastrous Japanese train crash, investigated its causes, explained it in historical and industrial contexts, explored its impact on survivors and relatives and confronted those responsible: every angle being given due and adequate attention and the whole thing being wrapped up in under an hour.

In the meantime, the main development in factual television from the late 1990s was the introduction of what became known as the “docusoap”, in which an observational style was used to present the ongoing lives of a group of individuals. One of the first was

Driving School (BBC, 1997), but the style was not completely new – Paul Watson’s The Family (BBC, 1974), one of the most famous “fly on the wall” documentaries, anticipated it by a quarter of a century. But the big difference was that The Family was made on film. The introduction of lightweight video cameras in the 1980s, which had such a massive impact on news and current affairs, did not immediately impact documentary, which, as prestige authored production, continued mostly to use film, but when video became the norm for documentary, firstly in the era of docusoap and then for the so-called “fixed rig” programmes, the impact was massive.

And here we come to the most important change: videotape was much cheaper than film and the tapes could be re-cycled after the programme was edited, so the shooting ratio equation mattered less, while the greater length of the tapes themselves (compared to a reel of film) meant that longer stretches of incident or interaction could be recorded. When digital recording superseded videotape, the cost of recording material ceased to have any impact at all. In these circumstances, the amount of material recorded was theoretically limitless and the temptation to use more of it than was necessary in the final edit was unavoidable. The “fixed rig” style, beginning in Britain with 24 Hours in A&E (Channel 4), pushed things even further by eliminating the contribution of the director in the shooting process and leaving the creative process to the editing stage. Nobody was saying “cut” any more. 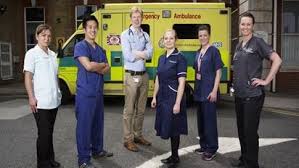 Equally important were changes in the production process, most notably the commissioning of independent productions for television broadcast. Whereas investigative documentaries had previously been undertaken mainly by broadcasters, who had the capacity to absorb any financial losses caused by the possibility of the investigation failing to produce any worthwhile results, the move towards such work being commissioned for broadcast meant that it was more difficult to abandon a failing

project. If something had been paid for, something had to be delivered and broadcast. Too many times I have sat through documentaries which have set out to investigate an individual or a situation but have become about the failure of the film makers to do so. Only Nick Broomfield, who invented the style, or Michael Moore can really get away with this, because their documentaries are more about themselves than their subjects.

The dangers of commissioning investigative documentary series are, of course, even greater and, as the number of channels, platforms and other services has increased, so has the demand for inexpensive, time-filling reality programmes, which brings us back to Making a Murderer. Actually, season two is as much a docusoap as it is an investigation, even though it was all shot before being transmitted – it is certainly highly observational, of both the legal teams at work and the families of Steven Avery and Brendan Dassey, getting on with their lives as far as possible while waiting for developments in their cases. Having transmitted 10 hour-long episodes in the first series, Netflix presumably felt that the same was in order when it came to ordering the second season. Actually, I found even season one unbalanced and overlong: the first four episodes were sensational – a great investigation with stunning developments – but after that it relied far too heavily on courtroom footage and local news broadcasts to tell its story, which remained, nevertheless, sufficiently riveting to make the series a success. The availability of so much courtroom material causes particular problems – it is too important to leave out, but it has not been shot by the documentary makers and being selective in its use brings potential accusations of bias.

There is little courtroom material in Making a Murderer season two (and much of what there is is audio only) but there are ten hours to fill and ultimately the story is about the failure to advance the cases any further. There is plenty of local news footage, though, and it used to fill time. You know when the film makers include a montage of local news reporters explaining that court proceedings had not begun, as expected, on a certain day, that they are desperate to fill their hour with anything that comes to hand. And the families’ quiet dismay at the lack of progress, which previously may have been conveyed with a few well-chosen shots, can only be expressed by repeating what amount to the same interviews again and again, while the forensic investigations are forensically detailed.

Nevertheless, Making a Murderer is still one of the most significant documentary series of our times and has already spawned a number of imitators and been parodied by American Vandal. There will surely be more to come, especially if the efforts to free Avery and Dassey ultimately succeed (though, please, not another 10 parts!). We saw with Ken Burns’ The Vietnam War, which I blogged about this time last year, that a documentary series can be even greater when longer time is given to it. That series was so good throughout that the original PBS version, at 18 hours, was literally twice as good as the abridged “international version” (shown on the BBC) at half that length. Obviously, the subject matter, the material shot for it and available from archives, and the skill of the film makers were all crucial factors in making this possible. However, the opposite is true for Making a Murderer – it would be far better in a severely abridged version. Maybe we will get one someday and maybe it will be a really great documentary.