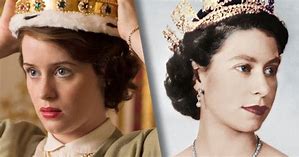 I’ve just finished watching season 2 of The Crown on Netflix and will certainly be back for more when it next returns. One of its many merits is the performance of Claire Foy as the young Queen Elizabeth II. Foy does not particularly resemble the Queen, but this did not matter because she was so convincing in the character. However, when the series returns, she will no longer be there – Olivia Colman will have taken over the role, in order that the ageing process is convincingly portrayed. Colman also does not particularly resemble the Queen, though I’m sure this will not matter either and that she will also be very convincing in the character. The problem is not that neither actress looks like the Queen – the problem is that they do not look like each other.

There is a long history in film and television of actors taking over roles in which we have previously seen a different performer – whether because there is a need for the character to age significantly as part of the narrative or for other reasons. There are some well-established rules for this process and I was reminded of them when I recently caught up with A Quiet Passion, Terence Davies’ excellent biopic of the American poet Emily Dickinson. The main rules are: 1. ensure you introduce the character the first time she/he appears played by a different actor; 2. make reference to the passage of time. Davies’ script 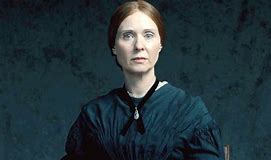 is a masterclass in how to follow these rules. The first time Cynthia Nixon appears (replacing Emma Bell, who plays the young Dickinson), she is being introduced by her sister and is then asked about her schooldays (“but that was many years ago”). Job done – though, just to be clear, Davies has already shown us the one actress digitally morph into the other while posing for a photograph and he further emphasises the point in the closing credits by showing a portrait of Nixon as Dickinson which morphs back into one of Bell and then into the only known daguerreotype of Dickinson, showing the strong resemblance between Bell and the real Dickinson.

But these rules would not work in The Crown: firstly, the Queen “needs no introduction”; secondly, it looks as though very little narrative time will have passed between the end of season 2 and the beginning of season 3. Given that several other key members of the cast will also be changing (strong rumours already of Helena Bonham-Carter replacing Vanessa Kirby as Princess Margaret), I suspect they will simply get on with it and expect the viewer to accept the changes without demur. There are plenty of precedents for this also – remember when Donna Reed replaced Barbara Bel Geddes as Miss Ellie in Dallas (Lorimar, 1978-91) for one season and they then brought Bel Geddes back? They didn’t even attempt to explain the completely different hairstyles! But Dallas was a notorious show for playing loose with the conventional rules of narrative and I’ll be coming back to it later.

So, in a series which covers a lengthy narrative timespan, is it best to change actors or use makeup to

portray a character’s ageing? I guess the answer is “whatever works”. The outstanding 1984 German series Heimat, which follows life in a Hunsruck village through the 20th century, used both approaches. Most of the characters were portrayed by different actors at different points in their lives, mostly very convincingly, though the adult Hermann was about 6 inches shorter than his lanky teenage self! However, the only two characters who appear in every episode, Maria and Karl, were played by the same actors throughout, with the help of some impressive make-up and padding. It is a shame that the only true British equivalent of this series, Peter Moffat’s The Village (BBC, 2013-14), did not get further than two excellent seasons. The nearest completed thing we have is probably Peter

Flannery’s Our Friends in the North (BBC, 1996), in which the lives of four friends were followed from the sixties to the nineties, with the same actors – breakthrough roles for Christopher Eccleston, Daniel Craig, Gina McKee and Mark Strong – employed throughout.

Mention of Christopher Eccleston brings me neatly to the show which copes most radically with changing actors in the leading role: Doctor Who. (Mind you, Daniel Craig also ended up in a role which regularly changes its impersonator) The idea of regeneration came about when the first Doctor, William Hartnell, needed to be replaced in 1966 and has since become a unique and staple feature of the show. It is an elegant solution to the problem of replacing a leading actor, but is unique to Doctor Who – probably even copyrighted. I think it unlikely we will see a regeneration scene in The Crown, involving Claire Foy and Olivia Colman – a shame, because it would not only look wonderful but, assuming the third season starts (as rumoured) with the aftermath of the JFK assassination, would be an interesting contemporary

reference, given that the very first Doctor Who was transmitted the day after the events in Dallas (the city, not the show). To take this ludicrous suggestion even further, we have known since the Doctor Who Christmas special (much earlier, really) that the Doctor can even change sex (or, to be more precise, that they can change the sex of the actor portraying him/her), so, if traditionally male roles can now be played by women, why not have a future incarnation of the Queen on The Crown played by a man? I think Eddie Izzard would be good.

Stop this blog now, it’s getting TOO SILLY! Or is it? Yes, the above remarks were made in a spirit of levity but do contain a germ of sense, which is this: the title character of The Crown does regenerate, because the title character is not the Queen (she was the title character of Peter Morgan’s earlier work The Queen – the one with Helen Mirren) – the title character is the crown, or rather its personification, the monarch. And that character certainly does regenerate (and sometimes change gender), usually at the very moment of death, which is a crucial part of its mystery and its constitutional importance. It is significant that the series began before the death of George VI and also regularly references the abdication crisis of 1936, so that the importance of this transition can be recognised. Indeed, the central theme of The Crown is the conflict between the lives of the human characters and the rules, both written and unwritten, by which the constitution works and the monarchy is bound. It is when it is addressing these issues that Morgan’s writing is at its best, rather than when political and world events intervene.

Which begs the further question – will The Crown finish when it gets close to being up-to-date (assuming it gets that far) or could it just go on and on and on? (in which case further regenerations may be necessary) Netflix are certainly onto a winning (though expensive) formula – the royal family as television soap opera. All the elements are there: difficult sibling relationships in every generation, often featuring one acting “responsibly” (usually the monarch or heir) while the younger ones bring chaos and embarrassment – from Edward and Bertie (where that relationship was reversed), through Elizabeth and Margaret, Charles and Andrew (porn-star girlfriend, wayward wife) plus Edward (I do hope Morgan 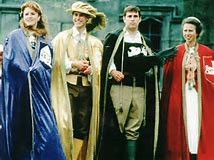 includes It’s a Royal Knockout!), to William and Harry; problematic marriages and clandestine affairs from the ones currently being portrayed to the even more public scandals of Charles and Diana, Andrew and Fergie and who-knows-what to come; struggles for control of the “family business”, with the remaining older generation such as the Queen Mother and Lord Mountbatten always trying to interfere, not to mention the troublesome Windsors.

Hmmm….sibling rivalries, troublesome marriages and affairs, struggles for control of the business, awkward relations – remind you of anything? Of course! The Crown is becoming Dallas regenerated – more so than Dallas itself was when it returned (briefly) a few years back and even echoing the abrupt changes of cast. Replace the Queen Mother with Miss Ellie, the Buckingham Palace garden parties with the Southfork barbecue and the crown itself with JR’s stetson and the comparison fits. And now that an actress from an American soap is joining the cast of the real royal family, the connection is complete. Will Meghan end up playing herself on Netflix in ten years’ time? 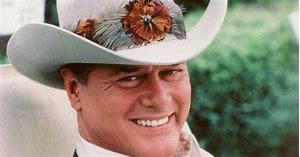