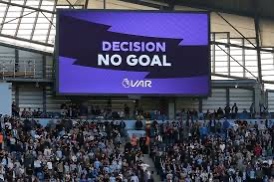 Two summers ago, I wrote a blog (VAR Out!, 26 July 2018) reacting to the introduction of the Video Assistant Referee system in that year’s World Cup finals which, as the title implies, was highly critical of the technology and how it was being used. Now that we have the technology in use in our own Premier League and have endured over half a season of the problems it has brought, it is time to revisit the subject. This has been stewing in my brain for some time, but this last Saturday’s Match of the Day brought matters to a head, so here we go (‘ere we go, ‘ere we go!). 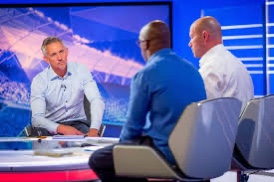 Pretty much all the objections I had to VAR during the 2018 World Cup, as I expressed in my earlier blog, still apply, but now there are so many more! Its introduction and (mis-) application in the Premier League has been an unmitigated disaster, leading to chants of “it’s not football any more” and mass walk-outs by exasperated fans.

I will go into more detail about the problems below, but first it is worth considering how we got to this point in the first place. I blame the practice of interviewing managers after each game. It is now an integral part of the coverage and can be highly entertaining, but it adds absolutely nothing to our understanding of what we have seen and yet has had an impact way beyond its uselessness. You must remember that the manager being interviewed has only one audience member in mind when reflecting on a game: not the fans, not the TV audience, not the journalists or pundits – just the owner of his club, who employs him and pays his enormous salary. He is not, of course, going to reveal tactical details to the world and his rivals, so his replies are, inevitably, cliché-ridden and utterly predictable. 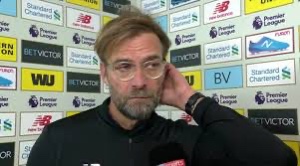 One phrase which we hear ad nauseam particularly gets my goat and illustrates my thesis: “this is a difficult place to come”. It is the multi-purpose excuse: if the team has won, it has done well against the odds; if it has drawn, then any failure that may represent is understandable; if it has lost, well, “it’s a difficult place” (and the owner has to understand that). But “difficult” is a comparative term – linguistic logic dictates that if there are difficult things in any particular field of endeavour, there must also be some easy things. So, if there are “difficult” football grounds to visit, there must be some “easy” ones somewhere. If I had my way, every reporter interviewing football managers should counter the utterance of “this is a difficult place to come to” with the question “where are the easy places?”. There would be no answer of course – there are no easy games and that would be a dreadful hostage to fortune. Imagine trying to explain to an owner why his team had lost at a place you had described as an easy place to go to. But it may help to eradicate this awful platitude.

Don’t get me wrong: I enjoy this part of the coverage and some managers are well worth listening to – Mourinho or Klopp of the current incumbents and, going back a distance, the legendary Brian Clough – but this is not because of the interest value of what they 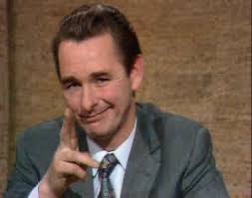 have to say, but rather the entertainment value of how they say it. But how did we get from interviewing managers to VAR.? Well, it’s not difficult to see it. In the pre-VAR days, one of the greatest excuses a manager could have for his team’s failure was refereeing error. If video replays showed that his team had suffered an injustice, he would inevitably call for the introduction of technology to rectify such a fault (and simultaneously distract attention from talking about his team’s failure). On the other hand, the opposing manager would not have seen it or watched it back – Arsene Wenger was the finest exponent of the chutzpah required to deliver a line like this. Inevitably, every manager was at some point driven to call for the use of technology rather than admit to his team’s failings and the journalists amplified the clamour. “Guardiola demands introduction of video technology” screamed the headline – repeated every Sunday or Monday with a different manager’s name until the pressure to do so became irresistible. And so we got VAR. And now it gets the blame from the same mouths which demanded it.

If you don’t believe my thesis check out one of Gary Lineker’s observations on Saturday’s MOTD (22ndFebruary). After the highlights of the Burnley game he contrasted the differing “opinions” of Jose Mourinho and Sean Dyche concerning the absence of key 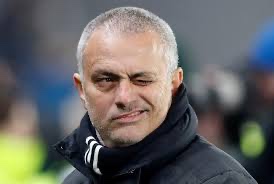 strikers through injury. Mourinho had lamented the absence of his stars whereas Dyche had seen it as an opportunity for their replacements to shine. But the reason for this difference of approach was not hard to find – Mourinho’s team had lost; Dyche’s team had won. If the results had been reversed, I can guarantee you the “opinions” would have been as well.

But the main focus of Saturday’s show was the continuing dissatisfaction with VAR. Previously, marginal offside decisions had been the main cause of complaint, but penalty decisions, particularly where handball is involved, have also been causing disquiet and there is increasing unease about VAR’s role in judging the severity of challenges which may or may not be worthy of red cards. On Saturday, all of these came to boiling point, with two matches showing controversies or discrepancies on marginal handball decisions (Burnley v Bournemouth and Leicester v Man City) and another two on potential red-card incidents (Chelsea v Spurs and Sheffield United v Brighton). We even had the spectacle of Frank Lampard complaining about the obvious clarity of the Lo Celso stamp on Alderweireld, while Jose Mourinho, who was about a yard away from the incident, had neither seen it at the time nor bothered to watch a replay. Replays had, however, shown that he clearly attempted to get the game moving again quickly in order that the incident should not impact the game. 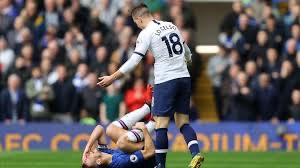 Most of the discussions on football programmes, particularly MOTD, has centred on how VAR could be altered to make it work. My own view is that it should be used in much the same way as cricket uses the review – emphasising the primacy of the “umpire’s call” and only reversing it if the evidence to the contrary is overwhelming (or “clear and obvious” as the original intention of VAR was stated). In terms of offside, there would need to be clear daylight between attacker and defender, either way, for an on-field decision to be reversed. Yes, this would lead to technically offside goals being allowed

(and the opposite), but so be it, just as when the ball is shown to have (probably) been hitting the outside of leg stump a denied lbw is still denied because it was the umpire’s decision. The technology is just not reliable enough for some of the forensically marginal decisions we have had. The same should go for handball decisions, but here the change of law is as responsible for the problems as the VAR technology. Also, as with cricket, VAR usage could be limited to a number of challenges allowed to each side during a game.

But basically, I’m not really interested in making VAR work – I’d rather it was scrapped altogether. The erosion of spontaneity I cited in my earlier blog is a big part of the reason, but Saturday’s MOTD contained the worst example of its usage yet and the best argument for getting rid of it, when Bournemouth were denied an excellent equalising goal because of a marginal and highly debatable handball decision in the other penalty area moments earlier. That marginal (and, in my view, wrong) VAR decision caused the score to alter by two goals and finished the game. The Bournemouth fans should have walked out en-masse at that point, but they had travelled the length of the country to see their team and deserved so much better. It is no good saying (as managers often do) that a goal would not have happened if a decision elsewhere on the pitch, a throw-in decision or whatever, had gone a different way. The team has to defend a situation which will occur many times in a game, such as a corner, whether an error has been made in the build-up or not. 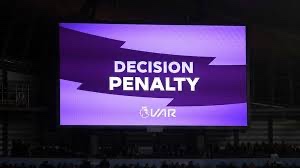 I do, of course, have another reason for wanting rid of VAR. I love watching Premier League football, especially on MOTD, but can afford to be relatively dispassionate because my own team is not involved (yet!). However, Brentford are pushing for promotion to the Premier League this season, so it could become an issue for me. I regularly return home on a Saturday (and this last weekend was no exception) complaining that the referee was a wanker, but I recognise that referees have a hard job and are actually fulfilling a useful social function in being the focus of the discontent, which is as important as the joy of being a football fan. But to have that discontent caused by the structure of the game itself would, I imagine, be too much to bear. So, please let’s get rid of VAR and have our beloved football back. 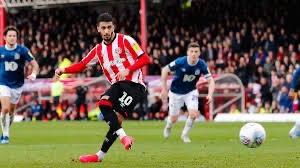 Come on you Bees!