Rectify (Sundance TV, 2013-16) is one of those series I encountered through my service on the Peabody Board of Jurors and I supported its 2014 award on the basis of a handful of impactful episodes, while at the same time making a mental note that I should try to catch up with the entire thing at some stage, just as I did with Breaking Bad, The Leftovers and others. So, now that retirement is affording me the time, I have done just that. Unlike those others, it is not a series which is particularly well known in Britain, though it certainly deserves to be. This was brought home to me when I ordered blu-ray sets of the four seasons from Amazon and they turned out to be versions for the Dutch market.

Rectify tells the story of Daniel Holden, jailed as an 18-year-old for rape and murder, but released after almost 20 years on death row, when new DNA evidence casts doubt on his conviction. It concentrates mostly on the effects of his time in prison on him, and on the

effects of his release on his family (including his new step-family) and on the small Georgia community he returns to. The question of his guilt or otherwise, and who else may have committed the crime, is a secondary concern – indeed, the suicide of another suspect at the very start of the first season sets up the possibility of a new investigation, but his body is not discovered until the very end of the second season, at which point that angle of the plot can be advanced. In the meantime, Daniel’s presence is a cause of great discomfort and divisiveness to many. The fourth season is about coming to terms with misfortune and injustice, not just for Daniel, but for many of the characters, as well as being about solving the case – and in the end it is more important for it to be established that Daniel didn’t commit the crime than to find out who did.

What makes Rectify so remarkable, though, is its pace and reflectivity. It unfolds very slowly, as Daniel’s faltering rehabilitation proceeds. He is only really starting to learn to

live and is more at ease in the flashbacks to his time on death row, to which he retreats as an escape from the stresses of freedom. Aden Young’s performance is very low key and understated – he speaks quietly and chooses his words carefully, but you can sense the inner turmoil at all times. At the same time, his brooding presence forces the other characters to reassess their own lives and problems. This extends eventually also to the legal and political authorities, gradually coming to terms with the nature of their mistakes, and to the family of the victim in terms of their misapprehensions.

As always with my TV catch-ups, I spot connections with other shows, past, contemporary and current. The blu-ray covers proclaim Rectify as “from the producers of Breaking Bad” (Gran Via Productions), but the only thematic thing it really has in common with that series is its small-town setting in a part of US which is rarely represented on TV (and my fellow Peabody jurors were full of praise for how well it captured the essence of life in Georgia). However, the series I was constantly reminded of while watching Rectify is not even a drama. It has a number of striking connections with Making a Murderer (Netflix, 2015, 2018): the small town setting and a community 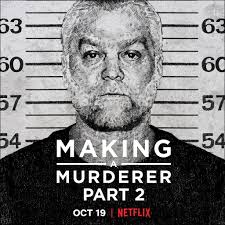 divided over a shocking crime; a miscarriage of justice involving an imprisonment of almost 20 years; the release of a convicted man on new DNA evidence, but continuing doubts about his guilt; unreliable confessions; the iniquity of the plea bargaining process; machinations between police, legal and political authorities; the slowness of the legal system to provide redress; above all, the focus on who didn’t commit the crime rather than who did. It is not surprising that the overturning of convictions through new DNA evidence should give rise to both dramatic and documentary treatment. However, the two pieces have many stylistic as well as thematic connections – just look at the similarities, both visual and musical, in the opening title sequences. Drama and documentary now feed off each other in the era of cinematic television.

And, just as Making a Murderer fed off Rectify, so it has in turn provided one of the starting points for the most impressive new US drama of the year so far: HBO’s third season of True Detective (Sky Atlantic). After a very disappointing second season, True Detective is not only back to form, but provides its best season yet. As in the first season, a crime investigation is being reconsidered after a lengthy period of time, but in this case 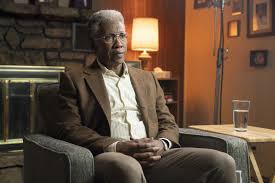 there are references back to two time periods, 15 and 25 years previously, when a case of child murder and abduction seemed to have been solved and then re-solved by the same two detectives, though it turns out they were taking the easy option to close the case on each occasion. The new investigation is prompted by a present-day documentary team making a series on the case (in the style of Making a Murderer, of course), which was both a local trauma and the subject of a sensational book by the wife of the lead detective. The narrative is further complicated by the fact that the detective in question (played by Mahershala Ali) is suffering from the early stages of dementia, so that his memories may not all be reliable. Time is frequently folded in clever scene changes.

As with both Rectify and Making a Murderer, the resolution of the case is of much less importance than the process and the effects. Indeed, the final explanation, when it arrives (and if it can be believed) is very unsensational. As the ending makes clear, the real drama has been what’s been going on in the head of Ali’s character, much as Rectify is mostly about the psychological state of Daniel Holden.

True Detective season 3 goes onto my shortlist for the best of 2019 so far but, as I have not posted any blogs about that yet (and apologies for the long gap between this effort and my previous one), I will follow this up with more of my thoughts on some recent highlights very soon.