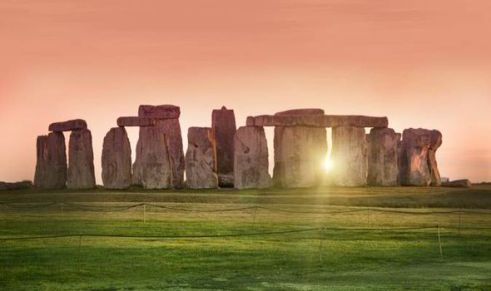 Apologies to my small band of regular readers that there has been some considerable time since my last blog, but the World Cup and a family holiday have intervened since I last wrote. Now that the football is coming to an end, I will blog about it as a television experience next time, but first I thought I would take stock of where I am with my shortlist for the best of 2018, as we have just passed the halfway mark in the year.

So far, I have identified six titles as contenders for my end-of-year top ten: Inside Number 9, Kiri, Save Me, Mum, Damned and Homeland. That was as it stood when I blogged in May and I can find four other titles to make a half-year top ten, but only two of the extra four, one documentary and one drama, are going to make it onto the running shortlist.

I don’t have any documentaries on my list so far and two are worth noting. Vanessa 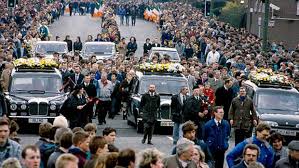 Engle’s The Funeral Murders (BBC2) aired back in March and was a harrowing description of two awful days in the history of the Troubles in Northern Ireland, told frankly, compassionately and impartially and with the benefit of 30 years of hindsight. Above all, it highlighted why the Irish border issue is not just one of the difficulties of the Brexit process but by far the most important issue. And last Friday, there was a splendid doc on the life and career of Olympic ice skater John Curry, The Ice King (BBC4), full of archival material and rare recordings of his work, though the fact that all the interviews seemed to be archival as well made it look a bit limited. The Funeral Murders is the one to make the shortlist.

I noted in an earlier blog that I was enjoying The Looming Tower on Amazon, and indeed it kept me fully engaged to the end – well-made and well-acted; an interesting

story well told – but ultimately maybe just a bit too conventional to be regarded as something special. On the other hand, Russell T.Davies’ A Very English Scandal (BBC1), a three-part dramatization of the Jeremy Thorpe scandal of the seventies, was very special indeed. Davies’ triumph was to make a light, comedic piece out of an episode which, while full of laughable incompetence and colourful characters, also contained some pretty dark elements, and he did it without trivialising those aspects in any way. One line summed up that approach for me – a Liberal Party bigwig regretting that the Thorpe scandal had hit the party just when it was beginning to gain some momentum through the likes of Cyril Smith and Clement Freud. Wicked stuff! And Hugh Grant, while playing the comedy as we knew he could, was a revelation in portraying the deeper complexities of Thorpe. The fact that the case hit the headlines again at the time of transmission, through the news 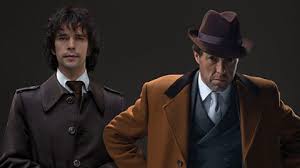 that the incompetent assassin Andrew Newton is still alive, when the police thought he was dead, only added to the sense of event television, as did the screening of Tom Bower’s edition of Panorama, scheduled for the night in 1979 when the expected guilty verdict should have been delivered, but shelved when it wasn’t. The inclusion of Peter Cook’s contemporary satire of the judge’s biased summing up during the end credits was a master stroke, too. A Very English Scandal is very much one for the shortlist.

In more general terms, my growing feeling that long-form television drama has now passed the high point of its most recent “golden age” has been supplied with more evidence. I have blogged last year about giving up on The Handmaid’s Tale and The Deuce after 5 episodes of each because they didn’t seem to be going anywhere and even Radio Times, which has championed Handmaid, has now commented that the second season of that much-honoured series was too unremittingly bleak. Most recently, I did watch all of Patrick Melrose (Sky Atlantic), which was mercifully brief at five well-produced and brilliantly acted episodes, but without any discernible point to it. I’m sure it was the best ever depiction of heroin addiction, but, once it was established that 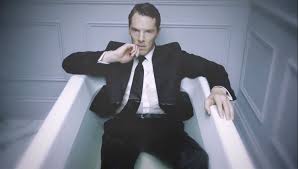 Melrose’s self-destructive character was the fault of his abusive father and negligent mother, there was nothing else to it. It rather reminded me of a previous lavish five-parter, also featuring a fine performance from Benedict Cumberbatch and also based on a series of highly-regarded novels, Parade’s End (BBC, 2012), which ultimately did not add up to the sum of its parts.

And now I am faced with the Australian re-make of Picnic at Hanging Rock (BBC2, Wednesdays), which struggled to grab or hold my attention through its first episode. I found Peter Weir’s film version a bit tenuous, albeit highly atmospheric, so I can’t see myself making it through much more of the new series. We are promised a lot in the way of character backstories, but you have to be engaged by the front story for that to be in any way worthwhile.

In the meantime, the half-hour comedy-drama continues to provide the most innovative work, as, for me, it largely has done for the past decade. Bigger is not necessarily better.