Well, it was a wonderful TV year overall, that’s for sure, but, as I speculated in my blog of 17th July (A Year of Two Halves?), the second six months could not hope to compete with the astonishing quality of the first. January to June produced fifteen titles for my shortlist, but I have only so far added a further two in the months since, both of them from streaming platforms (and both Netflix), which seem to release their best stuff in the run up to Christmas. Maybe the broadcasters have decided not to compete with this strategy, preferring instead to fill their schedules with an over-abundance of Reality TV at this time of the year.

Anyway, I can certainly add a third more recent title, with another streaming service (Amazon this time) having only just finished giving us one of the unmissable gems of the year – the final season of Sam Esmail’s Mr Robot. This has been a consistently wonderful series and received the concluding season and finale it deserved. I was particularly struck by Esmail’s use of a device very similar to that which illuminated the year’s

earliest masterpiece, Fleabag – whereby the central character’s fourth-wall-breaking habits (Fleabag’s looks to camera, Elliot’s narration) are challenged by another character (Fleabag’s love interest and Elliot’s doppelganger respectively) to unsettling effect. Indeed, the finale of Mr Robot was all about making us, the audience, complicit in the action. “Is this real” was the question constantly being asked by both the characters and ourselves and the only reliable answer must be “of course not – it’s a TV series”. At the end it didn’t matter how much of what we had seen had been a construct of Eliot’s mind, because it was wildly entertaining and engaging – just as a great TV series should be. I liked the nod to 2001: A Space Odyssey, too. Not just one of the year’s best, but one of the decade’s (and I’ll be back to that).

So, I have ended up with a top 18 this year, from which I have chosen the following top ten of 2019 (as usual, in rough order of their appearance and you will notice that 8 of them are from the first half of the year):

Just the two series and it’s all over, but the true genius knows when to call it a day and it went out on the highest of highs.

Janet Baker in Her Own Words (BBC4)

A brilliantly constructed and presented documentary on a subject that is very raw and controversial – so much so that it is still to be seen in the USA, where it was jointly commissioned.

Another perfect piece which paced itself carefully towards a satisfying and emotional climax in its third series.

Hard to accept that this may be the last time we meet the characters whose lives we have followed since they were seven. Keep going, Michael Apted – we need them back in 2026.

Hugely impressive, riveting and illuminating telling of the story of a nuclear disaster which could have been an international catastrophe.

We thought this would be one of the great unfinished series, but David Milch managed to provide the perfect finale just in time. 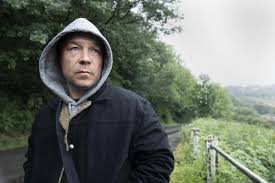 Searing and mesmerising three-parter from Meadows, Thorne and Graham – the most intense television of the year.

A very welcome return for Ronan Bennett’s’ urban epic, this time given the space to grow into something even more arresting

Happy New Year everybody! I’ll be back early in the new one with my list of the best of the decade.

A few months back, I posted a blog in which I argued the merits of telling a story visually rather than verbally (Better Left Unsaid, 31st May) using examples of some recently transmitted programmes. Without in any way invalidating those arguments, a number of recent new series have prompted me to examine the other side of the same coin: effective drama and dramatic comedies which prioritise dialogue over visuals. Of course, for these to work well they still require subtle visual flair and directorial quality and they, too, need to avoid expository dialogue as much as possible.

To start with the two most obviously “wordy” series: State of the Union (BBC2/BBC i-Player) was a series of 10 ten-minute two-handers, always set in the same pub as the two protagonists (played by Rosamund Pike and Chris O’Dowd) met up in advance of their regular weekly marriage counselling sessions. The credits for such a modest scenario were pretty striking – as well as the two excellent actors, the scripts were by Nick Hornby and the direction by Stephen Frears – which is why it worked so well. It was very much

in the tradition of pieces like Hugo Blick and Rob Brydon’s Marion and Geoff (BBC: 2000-2003) or Alan Bennett’s Talking Heads (BBC: 1988, 1998). The details of the characters’ lives emerged gradually and as much by implication as by direct statement. This requires clever writing, great acting skills and subtle direction – Frears highlighted the more serious moments with the minutest of camera movements. Another outstanding two-hander, Louis Malle’s My Dinner with Andre (1981), is a valuable reference-point. Each episode included the week number (Week 1, Week 2 etc) in its title, so I watched them a week apart, not in twos, as they were transmitted, or by bingeing the whole 100 minutes on i-Player, as I’m sure many did, and I somehow think that was right. I imagine it will be back for another season and could well run and run.

Criminal (Netflix) has a larger cast but also a single set, in this case a police interrogation room, the adjoining surveillance room and the lift area/stairwell outside. It also has an interesting concept. There are four brief series, each made by a different country (UK, France, Spain and Germany) and each series (of 3) has a group of actors playing the police team across the three episodes and guest stars (like David Tennant)

playing the “criminals” being interrogated in each episode. Each investigation is a separate story, but there is a story arc across the three episodes involving the police characters. Unfortunately, the lack of back-story context or characterisation in the criminal stories is a hindrance, so there is no great tension in the interrogation scenes, compared to Line of Duty (or even 24 Hours in Police Custody). I haven’t watched every national version, so one of them may have cracked the format, but on the evidence I have seen (the UK and German series), I doubt it.

Far better are two more traditional dramas, both also dealing with crime and police procedures, which most certainly rely on scenes of interview and interrogation rather than action. Season two of David Fincher’s Mindhunter (Netflix) built well on the excellent first series and continued to rely for its effectiveness mainly on the tense “interview” scenes in which imprisoned serial killers (based on real-life murderers and including, this season, Charles Manson) are questioned by the specialist FBI officers, trying to find psychological insights to help solve ongoing crimes (also based on real 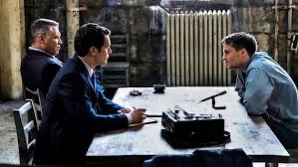 examples – most prominently in this season, the Atlanta child murders). What is discussed is grisly in the extreme and comes across far more shockingly for being dispassionately spoken about than it would do if recreated for the drama. The private lives of Bill Tench (Holt McCallany) and Wendy Carr (Anna Torv) impact strongly on the narrative and the way the characters’ private experiences are shown to inform their innovative behavioural research (and vice versa) reminded me of a previous series: Masters of Sex (Showtime, 2013-16).

ITV’s A Confession similarly located all its dramatic impetus in its dialogue, which was appropriate given that it was about what was and was not admissible as evidence and how following police procedures to the letter would not have achieved results. In this regard it was very similar to another ITV real-life police drama from earlier in the year: Manhunt. In the earlier piece, it was Martin Clunes playing the career copper who risked his position to follow his instinct. This time it is Martin Freeman, playing pretty much the same role – the Martins could have been interchangeable! It was an engaging, understated drama which kept the attention without setting the world on fire.

All of which, I guess, goes to show that you don’t necessarily need action sequences to produce an engaging drama, but the greatest pieces are likely to be those which find a balance between “action” and dialogue sequences, as long as the action is organic to the narrative and the dialogue is naturalistic rather than expository. Step forward, Top Boy 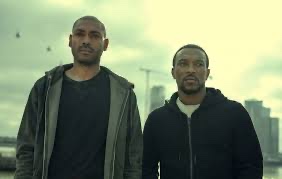 (Netflix). Having provided Channel 4 with two outstanding 4-part series in 2011 and 2013, Ronan Bennett’s Top Boy was then inexplicably dropped. But now, thanks to interest (and finance) from the rapper Drake, it is back on Netflix with a new 10-part season and the promise of more to come – and this is very good news. And the fact that the series has been so greatly expanded allows for many more back stories and for reflection on the circumstances the characters find themselves in – all of it highly pertinent to the recent rise in street crime and the headlines it has made.

It also provides a large number of roles for an astonishing roster of young black British acting talent – some of the most impressive being the very youngest ones: Keiyon Cook and Araloyin Oshunremi outstanding as Ats and Stefan. Ashley Walters’ Dushane remains the main focus, though Kane Robinson as Sully and Micheal Ward as Jamie 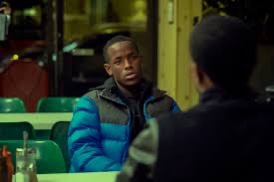 complete a trio of riveting protagonists. Writing and direction are top-notch throughout, as is the music – both the original score by Brian Eno and the rap music which provides both impetus and comment. A key theme is the tension between the main characters’ involvement in drug wars and their attempts to engage in “normal” personal lives and look after family members, as well as the inevitable impact of the gang scene on the youngest members of the community. In this respect, it echoes The Godfather films in its epic scope.

We certainly need to be grateful to Drake for bringing about such a vital revival. I just wish that something similar would happen to another wonderful series abandoned by Channel 4 after two seasons and one of my very favourites of the past decade: Utopia.

Top Boy is a definite for my shortlist, and I will add Mindhunter to the list as well.